Your business has a story – we'll help you tell it.

“Nothing happens until something moves.” – Albert Einstein

This week, I had one of those days—not the bad kind, the good.  After a morning breakfast meeting with a client, I got back to the office at 10:30 (AM). Despite the fact that it had been a productive meeting, I lamented the fact that a couple of hours had elapsed without crossing two or three things off the “to do” list.

And then something quasi-magical happened. Determined to make up for lost time, I 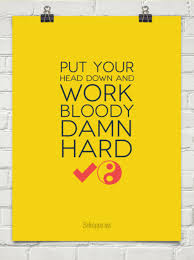 suppose, I put my head down and worked deliberately for 90 straight minutes. In that time, I built all of the components for a reasonably sophisticated website.

I wolfed down two pieces of pizza for lunch, eager to return to the trance that just had been so kind to me. Sixty more minutes of concentration and I’d knocked out another project that had been staring up at me from my desk for too long. I then dug into another project that was underneath that one during the next 60 minutes and, then, with reckless ambition, I went back to stale emails for the next 60 minutes.

END_OF_DOCUMENT_TOKEN_TO_BE_REPLACED

Plan NOW to Jumpstart Your P.R. and Publicity Efforts in 2017 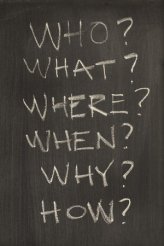 1. Know what your story is and be ready to tell it. Pick the topics that are important to you and be relentless in playing a role in associated conversations.

2. Do a survey. Find an interesting topic, survey your members or stakeholders, and use the results to capture media attention.

3. Invest time and money to develop your media list.

4. Leverage social media. Follow the journalists whose interest you covet. Tweet at them. Know your allies and your adversaries…both present opportunities. Be part of the discussion.

ick your spokespeople. Identify the internal and external experts you want talking with the media.

6. Have a Plan. Much of getting media attention is spontaneous, so you have to be ready with a plan. (We can help!) Spokespeople, your story (key messages), tactics you’re willing to employ (i.e. surveys). Have it ready go so that…

7. When opportunities arise, seize them. Sometimes you only get a small window in which to maneuver. You have to be ready.

Harness the Power of Story to Fulfill Your Resolutions

It’s that thing where you love a book so much it becomes your corporate “GPS.” Jim and I have a passion for telling a story, but we have been shaped and informed by giants in the world of business story telling such as Andy Goodman, Donald Miller, Anna Deavere Smith, and most notably, Peg Neuhauser. I’ve referenced  Neuhauser before, but as we round out 2016, and view the blank slate of a New Year, I find myself returning to the dog-eared pages of her book to help us plan, to inform our messaging, and to better serve our clients.

END_OF_DOCUMENT_TOKEN_TO_BE_REPLACED 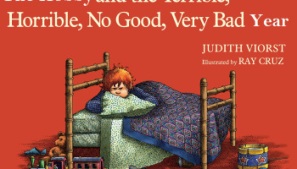 In June, I left my job as president and CEO at the National Investor Relations Institute, this after just 16 months on the job and having achieved some tremendous success, most notably the launching of a certification program, a major step forward for the organization.

“Why did you leave your job?”

END_OF_DOCUMENT_TOKEN_TO_BE_REPLACED

Just Say “No” to These 7 Bad Business Buzzwords 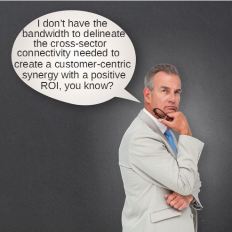 We know you have to churn out content every week.  We’ve accumulated a list of business buzzwords that make us cringe:

Functionality … the word “function” was a perfectly acceptable noun before I.T. types got a hold of it

Ping … as in “ping me later;” huge exception if we’re talking “ping pong,” which is completely awesome

Actionable … bad word and probably part of an uncomfortable conversation

Herding cats … has anyone ever tried it for real? It might not be that difficult

Holistic … hate the word, plus where did the “w” from the word “whole” go?

NextGen … just yuk
Jim and Jenny can help you avoid these pitfalls, and help you create content that sells. Check us out!

7 Quotations to Make Your Communication Smarter

Jim and I began publishing a monthly newsletter that offers free content and ideas for your communication needs. We are thrilled with the response from our readers, and are responding to requests to share some of the content for a wider audience. If  you would like to begin receiving this online newsletter (called “Seven,”) simply  Click Here and fill out the form!
“For crying out loud, if you leave this building in order to catch a Pokemon, you will be terminated. (I am ashamed for the entire human race for even having to write this note)” -Unknown (sign posted on office door last week)

“CFO: What if we train our staff and they leave?” CEO: “What if we don’t and they stay?”- Unknown

END_OF_DOCUMENT_TOKEN_TO_BE_REPLACED

You may have heard the term “Growth Mindset,” and maybe even have read something about it. There’s a reason why every business school in the country is researching and writing about it…because Growth Mindset is a game changer. But with its emphasis on risk-taking and embracing mistakes as an inevitable step toward growth, many managers and companies have serious adjustments to Growth Mindset.

It’s not a surprise. Anyone who ever has been responsible for producing error-free

content or whose performance was based on the absolute standard that, above all else, the data must be accurate, knows how easy it is to point the finger. After all, for generations, business culture has included that glee-like, reflexive action of assigning blame to those who make mistakes. Those left standing in companies, those in the corner offices, were not those with the best ideas; they were those who knew how to avoid making mistakes, particularly of the conspicuous variety.

Think about how many people we revere from history and business have talked about the importance of learning from failure, about resilience and getting up after you’ve been knocked down, and about the power of new ideas. But new ideas often are messy, and most business cultures don’t  tolerate messy. Shifting to a Growth Mindset is difficult for many because we grew up in a Fixed Mindset environment that revered “talent,” which equated “talent,” above all else, with those who thrived in an environment that abided by the maxim of “zero tolerance for mistakes.”

END_OF_DOCUMENT_TOKEN_TO_BE_REPLACED

Dollar Shave Club vs. Gillette (aka, You Can Be a Billionaire by 2020) 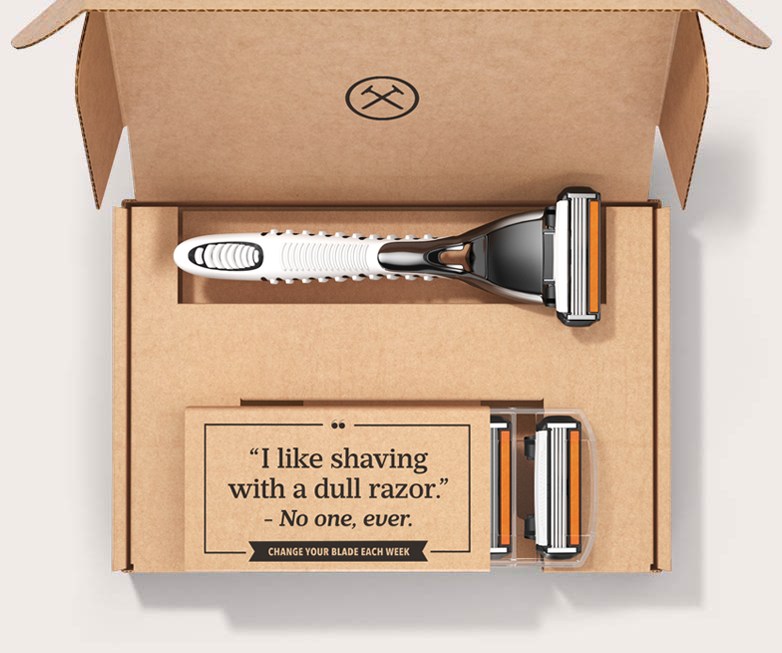 I can tell you the moment that I became a disciple of the juggernaut razor manufacturer Gillette. It was August 1986 when I first walked into my freshman dorm room at James Madison University. There, strategically placed on the plastic-enclosed mattress that would become my bed, sat a care package. I can’t remember any of the other contents of that care package, but I can tell you with 100 percent certainty that within that box was an Atra razor from Gillette.

“How kind of them,” I thought, noticing how much nicer the Atra looked compared to the Bic disposable razors I used, a dozen of which I could buy for about a dollar. I’d only recently succumbed to the reality that I needed to shave every day (even if I didn’t always do so). And you could tell the days when I did shave because razor burn on my neck and dots of blood-stained toilet paper on my face betrayed the fact that shaving for me was more of a battle than a harmless morning ritual. But Gillette wasn’t being kind with their Atra razor “gift,” not at all; the care package was nothing but pure marketing genius.  END_OF_DOCUMENT_TOKEN_TO_BE_REPLACED